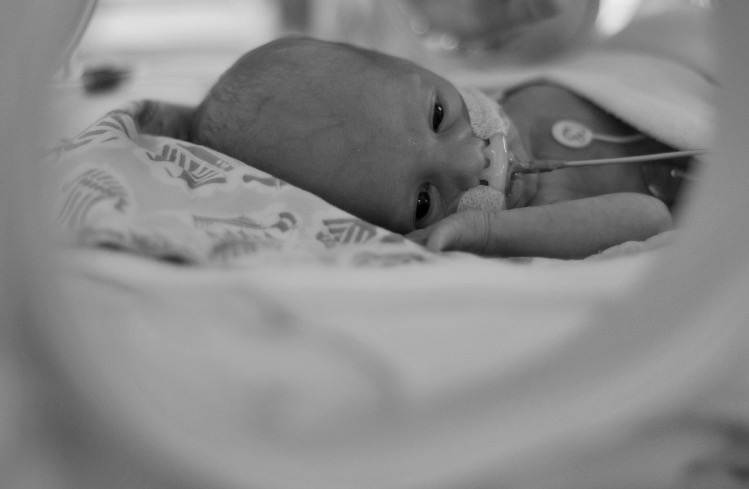 When I hopped on a Royal Flying Doctors plane at 1am on Sunday 11th of June I had no idea that I would not return home until the 2nd of November.

Patrick would spend the next 141 days in Hospital after being born at 29weeks gestation, 11 weeks early.

I myself spent three days after Patrick was born in high dependency, on the labour ward. My reflexes were still too brisk, even though I was kept on the magnesium via IV for these three days. The doctors were extremely worried my body could go into seizure with out the magnesium to relax my muscles.

Jeff arrived at the hospital sometime that afternoon. My memory of this week is extremely blurred. The only way I can describe it is that my mind detached to protect myself from the trauma.

I know that Jeff went to see Patrick when he first arrived at the hospital and that he had wanted to announce his birth and that I did not want to tell anyone except close family and friends. The nurses said it would be good for me to go see Patrick that night. So my bed and drips and everything that came with me was transported up to the next floor of the hospital to the NICU.

My bed was placed next to a humidity crib that contained a tiny baby with more wires coming off him than I could count. There was monitors above his crib which made alarm sounds constantly. I laid there and looked into the crib and felt nothing. I could not relate to the fact that this baby was mine. I told the nurse and Jeff that I didn’t want to be there. That this wasn’t my baby and I just wanted to go back to my room and sleep.

The nurses re-assured Jeff that sometimes this reaction happens and that it was my mind protecting itself in case the baby did not make it. Which was still a high possibility at this stage.

They would ask me to go there and visit him again over the three days I was on bed rest but I felt like a pain in the arse needing so many people to wheel me in and taking up all this space with my bed.

Patrick was born with Chronic Lung Disease (CLD) and would later be diagnosed with bronchopulmonary dysplasia (BPD) as well. For two days he was on a high frequency ventilator, which vibrated his tiny little body. He then spent 5 days on a normal ventilator before being placed on a CPAP machine.

After three days of being in bed I was finally well enough to cease the magnesium and be moved to a post natal ward. The feeling of sitting up after a section is terrifying. It fells like your whole stomach might burst open.

Being placed in a post natal ward and not having a baby with you is awful. You can hear babies crying all around you. Your body hasn’t adjusted to the fact it isn’t pregnant. Nurses are trying to express you to build up a milk supply.

One night Jeff’s mum stayed with me in the hospital and a baby was in the nursery crying. It was already heart breaking listening to this poor baby cry his heart out, then a nurse entered the room and assumed I was the mother and demanded I go feed my baby. I burst into tears and Jeff’s mum gave her what for. I was so glad she was there that night.

Soon it was time for me to be discharged. It’s hard to explain how it feels, to go into hospital preganant and leave a week later with no baby. I kept reminding myself that I was lucky because I had a baby to return to.

We booked a hotel room close to the hospital where Jeff, the boys and both our parents stayed for a few nights. That night Jeff and I went back to the hospital to visit Patrick. We were told that he was not doing well and was much sicker than they had anticipated and that he may not make it through the night.

We left and went and sat at McDonalds and had a coffee. We both decided not to tell anyone what we had been told. We just didn’t want to put our family through anymore heart ache. I didn’t sleep that night. I just laid and watched the red alarm clock counting the hours, waiting for a phone call that never came.

The road ahead for Patrick would be more like an extreme roller coaster, but we would all survive and for that I’m so thankful,