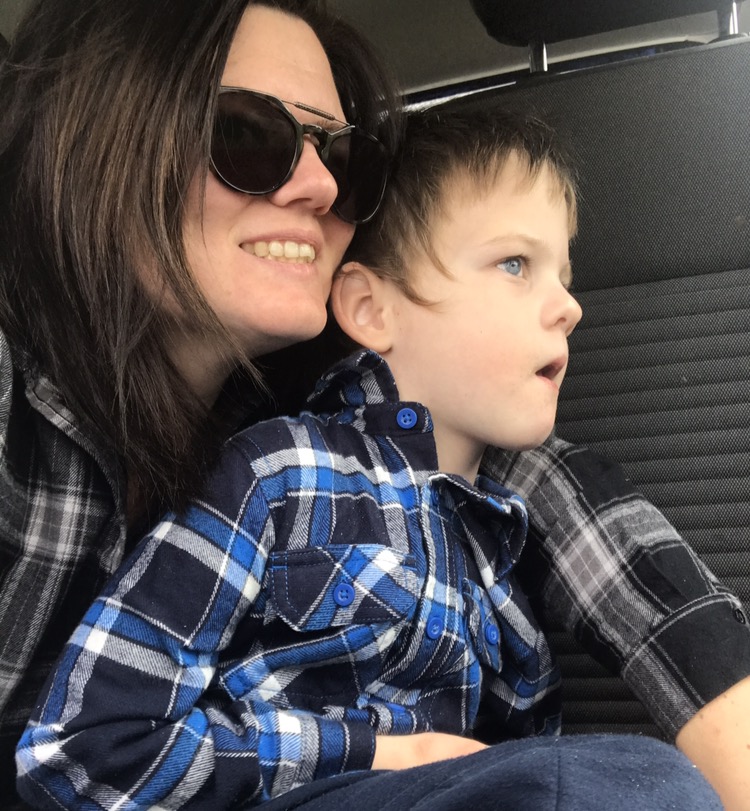 Last November we had what I call our 2 weeks from hell.

It first started out on the weekend with Patrick having temperatures and being rather lethargic. For who a boy who is normally full of energy this was a bit of an issue.

Giving medicine to Patrick is like trying to bathe a cat. You literally have to pin him down and squirt it down the back of his throat. Then hold his mouth shut to stop him spitting it all out again. It is an exhausting effort for both parties involved.

On the Monday the crying started. Patrick would scream all day. He wanted me to hold him. He is small for his age, but is still a heavy boy to carry around all day. The minute I attempted to put him down or even just sit down with him he would thrash around, hit me, bite me and bang his head into the tiled floor.

He stopped sleeping at night. The minute I put him into bed he was screaming. He would drift off for bits and pieces but was waking all night. Even popping him in bed with me wasn’t helping. Nothing stopped the crying.

We tried popping him in the bath or shower, usually his two favourite places. We brought all of his favourite foods. We played music to him. I even considered there could be a ghost in our house haunting him and thought about getting some one in to cleanse us. Yes, I was starting to go a bit mad.

He was showing no signs of ear infection, his tonsils and stomach etc were fine, so I was given suppositories to try and see if that method of pain relief worked better then the liquid version.

By the second week I had lost the plot. I don’t even know much of what happened except Patrick continued to scream, he continued to want to be held, even though he would still cry when I held him, and he had totally stopped sleeping apart from short bursts in bed with me.

We had not managed to get him to school at all in this time.  I had somehow managed to get the other boys off to their school each day but when they were at home they were pretty much left on their own because Patrick was taking up all of my time.

We tried phenergan at night to get him to sleep. We thought if he could get some sleep he might improve. This seemed to make it worse and did not help him sleep at all. Nothing we were trying was working and I started feeling like this was it. This was what our life was going to be like.

On the Friday of that week I was driving the boys home from school and Patrick was still screaming in the car. We drove straight back to the doctors clinic. When we got to reception they basically let us straight in to see a doctor. I explained everything and the doctor was very thorough examining Patrick.

He looked at me with sympathy and said “I can not find anything wrong with him I’m so sorry”. I burst into tears, I was at a loss. The doctor then prescribed a sleeping tablet for Patrick. It was a strong one but he knew that we had tried phenergan and had no success.

I had organised with some mums, from my older boys school, to go to a quiz night that night. It was the last thing I felt like doing but Jeff marched me out of the house and said I needed a break and he would deal with it all.

I texted him most of the night and he told me that he sleeping tablet had worked and Patrick was asleep. That was a white lie. The tablets never worked at all.

I arrived home later that night and Patrick was crying again. He was thrashing around between us. We were trying to play him music and massage him but nothing was working.

I lost it. I was pacing the room crying. I started saying that I hated my life. I hated Patrick. I couldn’t do this anymore. That we were selling our house and moving back to South Australia, where we had help. The more I thought about it all the more worked up I got, but I knew one thing. No one in this house could go on like this.

I then said something which I never in a thousand years meant but at the time I was sleep deprived and extremely depressed. I said “Jeff. You, Kallan and Campbell can not live like this. If next week is the same, Patrick and I will disappear”.

At the time I think he thought I meant move away and take Patrick but in a snap mental moment my mind had gone “I can’t abandon my other kids and live not knowing them, I could never kill my child and live with myself. If this goes on I’ll take Patrick and just drive off a bridge, so everyone else can be happy.”

This is hard to write. It’s an awful thing to have thought and I promise it’s nothing I would ever really do. I was just so tired. I promised Jeff the next morning I would go see a doctor to get help.

The next morning we decided we all needed to get out of he house, get some fresh air and think. We went to the beach. Patrick was happy there and the kids played. For the first time in two weeks my mind felt peaceful.

I had posted in an autism support group asking if this had happened to anyone else earlier that week. I got a notification that day asking if I’d tried bonjella as it was possibly his back molars cutting. We went straight to the chemist, brought some and it worked. He was finally happy!

I wanted to share this story, not only to highlight how hard it is dealing with non-verbal autism but how the mental health of the parents can also suffer.

Even if you think someone’s doing an amazing job, they might be at breaking point.

My mental health is all under control now and Patrick’s cut all 4 molars and is back to his loveable self.

I’m so grateful for my husband, family, close friends, the autism support groups, and to a high school friend who purchased and sent me the best teething gel you can buy when she heard about Patrick’s teeth.