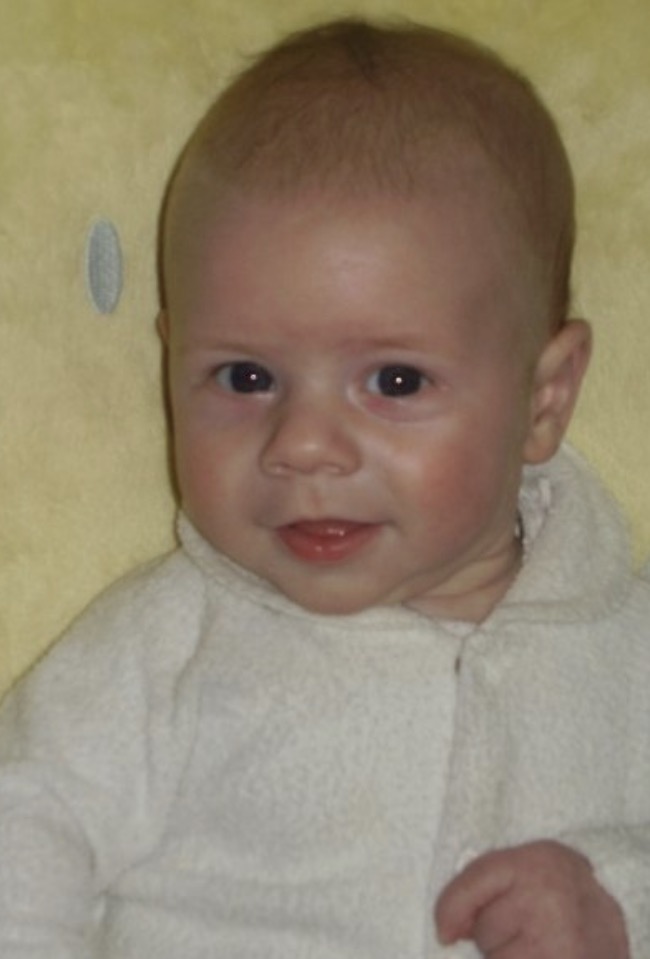 On a winters day in the middle of July, my middle child came into the world.

From the very moment he was born, he was a perfect baby. He fed every 3 hours, to the clock. Would be burped, and put back in his cot where he would promptly fall back to sleep. At 6 weeks old he slept through the night. I remember feeling guilty that all this baby did was feed and sleep!

I should note here, Kallan and Campbell were born just 10 months apart. Yes I was young and crazy. No he was not planned!

Campbell grew quickly and was soon the same size as his older brother. They were often mistaken for twins.

As Campbell got older he developed some language, but it was all echolalia. This is where a child repeats phrases or words from movies, books or television, and not always in context.

Due to his lack of proper communication Campbell became quite an aggressive child. He hated wearing clothes and every morning would become a battle to get him dressed. He would kick, scream, hit and bite me, while I attempted to dress him. It wasn’t until we found a tracksuit made of material he seemed to tolerate that this battle became easier. He still would usually strip off during the day though.

It was around this age that Campbell became obsessed with the movie Wall•E. I never thought too much about this in depth at the time, but I now understand. If you’ve seen the movie there is barely any talking. So it is easy for someone who is having trouble understanding spoken language to watch. This movie also led to Campbell’s first proper sentence “want to watch Wall•E”. He would watch that movie start to end of credits, atleast 3 times a day.

When his older brother was two we were concerned about his lack of any speech. After hearing tests etc it was organised for a developmental nurse to visit us. Campbell was 2 by the time the nurse came to visit. Although there to see his brother, the nurse was immediately concerned with Campbell. She had noted not only that he was walking on tip toes everywhere he went, but also his unusual obsession with her watch.

Campbell had become obsessed with clocks, watches, and car speedometers. This obsession was so strong that he would approach strangers to deeply investigate their watches. If we went in to a shop that sold clocks. We were buying a clock, or we were facing mammoth meltdown. I think at one stage we owned 12 clocks, all lined up in Campbell’s room. He would have to walk along and look in every cars window to see their gauges. It took us for ever to get anywhere.

So the nurse referred us on to see a child youth health doctor, to make an assessment as to wether Campbell should be referred to a paediatrician. I can clearly remember this appointment, sitting in her office with my two year old, whom although quirky, could count, and I thought was gifted. She was checking off a list of things Campbell couldn’t do, and I was counteracting them with things he could. Then at the end, she said Campbell needed to see the paediatrician where it was almost certain he would be diagnosed with autism.

The only way I can describe this appointment was that it was like running a marathon. I was sweating and shaking, my heart was racing and then at the end thud, I ran straight into a brick wall. It felt as though my heart just stopped.

At first we were all devastated by this, but a few days after I said to myself “he is still exactly the same Campbell we loved three days ago, nothing’s changed”. So we got waiting for  our appointment. When Campbell was three years old he was officially diagnosed with mild functioning autism and a Global Developmental Delay.

I was completely fine with this, as we’d been prepared and by now I’d searched for and read every book I could find on autism. (I highly recommend the book a friend like Henry).

When Campbell started kindergarten he was everybody’s favourite. He was loud and funny and crazy, unlike his older brother, kids liked being around Campbell.

Although 4 years old and at kindergarten, we could not get Campbell toilet trained. He had a deep fear and anxiety surrounding the toilet. No bribery would work and if out in public you could forget going to a public restroom yourself. Those terrified him and to this day we struggle to get him inside of one. He went through all of kindy, failing to use the toilet and still in nappies.

To this day, I can not thank Campbell’s school enough. When he started school there was strong plan to get him using the toilet. He didn’t want to wear nappies because he knew his friends didn’t, and that he was different, but he also still wouldn’t go into the toilets. One day I came into the school for something and could hear Campbell screaming. He was not wanting to go into the toilets. I marched down there and forced him in. He didn’t have to use the toilet, we just wanted him to tolerate going in. Once he went in he could see there was nothing to be afraid of and was fine. I do not recommend this for anyone else, it’s just what worked for Campbell.

By term 3 he was out of nappies! Something we had been told wouldn’t happen until he was 7 or 8!

Today Campbell is about to turn 10. He loves anything transport, planes, trains, boats. He’s obsessed with music and attended his first concert this year. Which he loved! He still has many differences to other kids his age, but we praise these and encourage him to be himself.

You have to be different to everyone else to do great things.